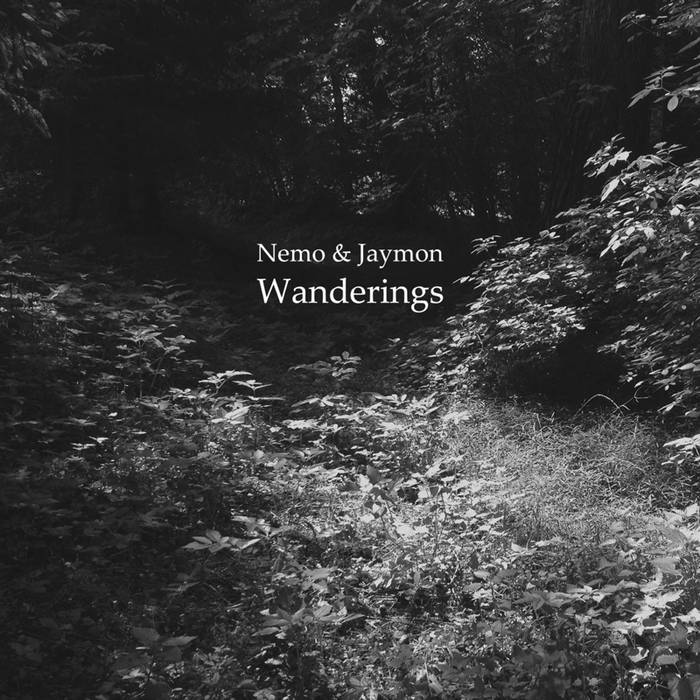 Player A truly sublime double album of deep dub techno, minimalism techno, field recording and ambient. Deep thought provoking listening throughout both CDs...Buy it while you can!!

The entire production of "Wanderings" started immediately after the "Seasons" longplayer and was made over a period of two years. Additionally, "Forestscapes" was produced inbetween as a sort of subchapter to have a transition to the new album. None of us imagined this huge amount of stories and what would come to us during that time, it was impossible to stop half-way and so we continued with everything until we felt it was right. Ultimately, it led to this epic collection of tracks, and so it happend that "Wanderings" transformed into the longest journey on Forest Roots so far.

During the production of "Seasons" it became obvious that not yet everything has been said through the sounds we used there. It was a natural process to get into the project files again and so we went through the experiences one more time. Beforehand and during the production of "Forestscapes", we gained new knowledge and further ideas for our recording and arranging methods, with an emphasis on the deeper structures of our natural environment and its divine entities. All that was surrounding and accompanying us, speaking to us, leading us to every place through our inner voice. It felt like communicating with the intermediate worlds. Thus it came that "Wanderings" gained a much more intense sound engine with a kind of an otherworldly mood, which can't be exactly described in words. This effect is also reinforced by our use of the lower sound ranges in a lot of the tracks, so the sound comes along much deeper and even stronger than on "Seasons". Plus, due to our side projects and the continuous sound development, we worked on new textures and structures. We mixed our earlier field recordings with the newer pieces and brought them together into a new context by a better signal processing in order to recreate the key message and the moment's mood of the associated sacred places and their metaphysical energies. We further put attention to mystical and spiritual aspects, both for the nature and the human being, and there is also a certain melancholy which speaks out of this release.

"Wanderings" itself is a journey to yourself through a spiritual world of nature, where civilization is left behind. It is a very colorful path, full of sound and taste and sense. But even if it includes some melancholic memories of things that never can be brought back into here and now, you will be rewarded with rich inner experience while listenting to this album. The order of the tracks on both CD's describes the spiritual journey in its different phases and some of the most important places we've visited during our tours. Each track name has been carefully chosen by its own story. All of them together shape the complete release like a book of two chapters, evenly distributed on two CD's, one for each year.

The complete release is primarily located in the fields of ambient & deep techno in combination with tribal/drone/experimental elements and some oldskool dubtechno influences here and there. This huge work is further decorated and enriched by manifold remixers we are proud to have on Forest Roots and who bring some colorful additions with their works to this production - all in their very own ways, as well as we know them: Xoki & Hieronymus (both from the famous Kyoto_digital netlabel) and Christian Dittmann (well known from Thinner, Echocord, Rrygular). We also proudly welcome Docetism, the mystical ambient/dub-influenced artist from Poland, who is famous for his incredible works on his own Nichts netlabel - and also for the first time D.Structure from Germany, the solo side-project of Zero in Something with deep house releases on Etoka Records and Mancha Recordings, where they had a collaboration with Jaymon.

"Wanderings" comes in two versions, differing in its content, but both in high quality on industrial standard pressed CD format. Also included for all versions of "Wanderings" is the promotional trailer as bonus download item.

The mastering was again brilliantly made by no less than Sergey Kosov, our good friend and mastering engineer from the depths of Russia.