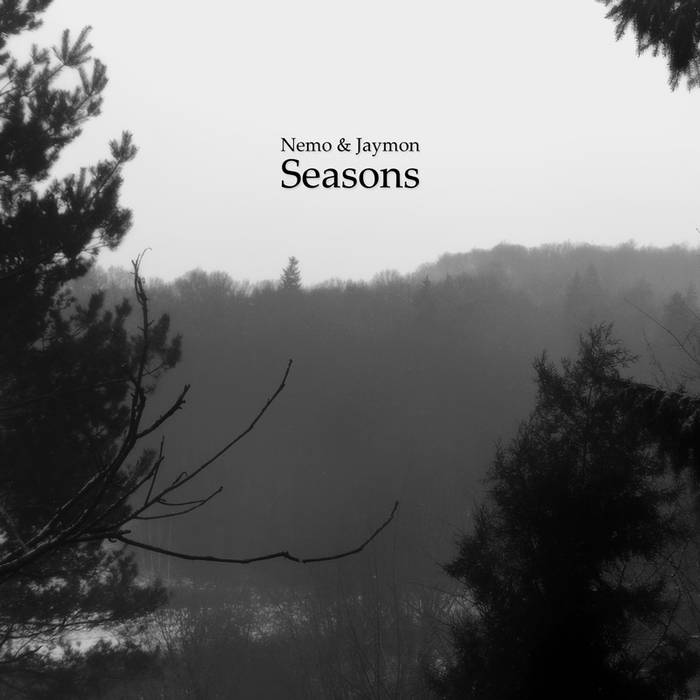 Nemo & Jaymon, both owners of the "Forest Roots" label, present their first official collaboration, called "Seasons", the second release on the Lusatia-based imprint after its long-desired “Excursions” CD by The Nautilus Project. The creators of this album, both in close touch with nature, produced a secret pearl of forestian music for devoted wanderers, a new and unprecedented journey into the mystical territory of the german forests, hidden somewhere in the heart of Europe.

As the title says, the whole idea behind this composition is the passing of the seasons, but not simple as that. It's all about listening, watching and exploring, healing and feeling with nature through the shift of times, and no environment could be deeper than an old forest with untrodden paths, metaphysical charged places and sounds from unknown spheres, where old druids and wary wizards might have walked through the gleaming underwoods.

The album materialized as a final reflection of a 12-months-touring-adventure by Nemo & Jaymon, catching and processing all experiences, pictures, moods and sounds with field recordings into a musical form of audible pleasure. Rarely under 7 hours per hike, we used to dive entirely into the being of nature with all our wide-opened senses, switching off the day-to-day reality, going very closely into every little detail of the forest and thereby deeper into our story. The main focus is always on working with field recordings, so it doesn't wonder that every percussion and any further track element was directly taken from the forest (with just a few exceptions), either left as recorded - or changed beyond all recognition, always keeping its organic structure without any artificial sound generator. A huge database of unique extracts and essences began to rise, carefully selected place recordings, where something significant happened. Every single track went through a lot of audio processing and post-production steps, compiling them into a new form of musical perception, simply strengthened by moving melodies from synthesizers and meaningfully placed effects.

Jaymon, himself rooted in Dub/Dubstep & Minimal, used his creative potential to work out all the details very straightly, focusing on experimentally manipulated sound structures. Nemo, better known as The Nautilus Project, fulfilled his part of the release as the mindful wanderer with more melodic stuff and melancholic visions, placed into the area of Deep Techno, Ambient & Drone.

Note: to keep its intentional mood and the depth of words, "Seasons” was made in german language only. In order to avoid long tedious investigations for the most perfect translation, we offer you the international english track titles:

Little Brother joins the show to discuss their beautiful journey, plus tunes from Fat Tony